Speedster James Pattinson has been left out as Australia announce a 12-man squad for the second Ashes Test against England, scheduled to begin on Wednesday at the Lord’s. The 29-year-old scalped just two wickets in the first Test at Edgbaston that Australia won by 251 runs.

He is set to be replaced by either Josh Hazlewood or Mitchell Starc.

Earlier, Starc’s absence at Edgbaston raised quite a few eyebrows as the left-armer remained the highest wicket-taker in the recently concluded ICC World Cup 2019. Both he and Hazlewood impressed with their spells in the three-day tour game against Worcestershire last week and now will try out their lucks for Pattinson's place.

There are certain possibilities that they both make into the Playing XI if and only if the management decides to bench Peter Siddle. Like Pattinson, Siddle too managed to pick up only two wickets in the last game.

“In recent years, Australia has had a few injuries that have probably depleted our fast bowling stocks a little bit. But now, especially going into a big series like the Ashes having everyone available is perfect because if someone gets injured or someone is not performing then the next person is ready to go. From a selectors' point of view, I think it's a very good problem to have,” said Richardson. 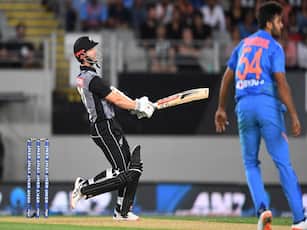