BCCI President Ganguly Feels No Need To Have Full-time CAC

The BCCI is yet to appoint the CAC and Ganguly said the conflict of interest clause is coming in the way.

BCCI President Sourav Ganguly while chairing the BCCI Annual General Meeting (AGM) at Mumbai  on Sunday said that there is no requirement to have a full-time Cricket Advisory Committee (CAC) as it has limited role restricted only to one or two meetings.

"CAC doesn't have much work. We keep talking about CAC, but the job of CAC is to appoint the selectors and the coach. Once you appoint a selection committee, it stays for four years and once you appoint a coach, it (he) stays for three years. So where is the need of having a full-time CAC," Ganguly asked while addressing the media after the BCCI annual general meeting (AGM) at the board headquarters here on Sunday.

The BCCI is yet to appoint the CAC and Ganguly said the conflict of interest clause is coming in the way.

"So far it (CAC) is honorary, so even if you pay, you pay on what basis? There is no regular work. To have CAC with conflict of interest, I don't know whether it is the best thing. It is about only one meeting," Ganguly said.

Ganguly, Sachin Tendulkar and V.V.S. Laxman had to step down previously from the CAC due to conflict of interest.

"We don't want to appoint a CAC only to get it cancelled, like it happened with us in the past two times with Kapil Dev and his team. So those clarifications are required," he said.

The Eden Gardens recently hosted India's first ever Day-Night Test between India and Bangladesh and Ganguly said that he wants to make it a regular feature.

"We have already started. The credit should also be given to Arun (Dhumal) and Jay (Shah) and the apex council members. Within three days we had a meeting and told them this (day-night Test) has to happen. We saw the success and that too India wasn't playing the strongest of teams like Australia and England.

"Different associations will get to host the day-night matches. We will deal as per requests from the associations," he said.

The former India captain also said that he has plans to re-work the BCCI's pension scheme for cricketers.

"We will re-look at the entire pension scheme because a lot of players have jobs and still get pension. So we will have to make it more available to people who are in much more need.

"As you know, the revenues of BCCI are increasing and will increase. The money has gone up, so what we are doing is incentivising the states to build better infrastructure. Gujarat has build such a huge stadium, Himachal has such fantastic facilities, Chennai's new stands are back on track.

"We are also building the new National Cricket Academy (NCA). The nine new states need infrastructure, they have to buy grounds, they have to build infrastructure. So we will not just give money in one go, we will departmentalise it and the BCCI will monitor the progress. We will form a committee headed by three of us (Ganguly, Dhumal, Shah)," Ganguly said. 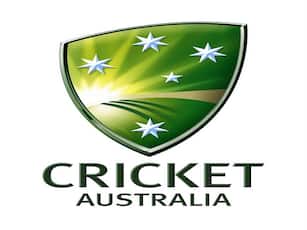