Remembering Fleming-led New Zealand of the 90s, the resilient Kiwi side which underlined the significance of all-rounder ability rather than individual brilliance

Fleming was one of the most resilient characters, whose natural leadership qualities rubbed off on the entire team .The tall and lanky southpaw led from the front and by example with his bat doing most of the taking. The left-handed batsman  anchored the Kiwis middle order for most part of the 90s along with Craig McMillan, Roger Twose and Chris Cairns

International cricket has seen some of the most dominant teams ruling the roost at the very top of the sport during different eras. If it was the mighty Windies in the 70s and 80s who were the Kings of ODI cricket for over two decades, Australia were the powerhouse of the Gentleman's Game in the late 90s and 2000s.

During the 90s, Australians and South Africans were arguably the most formidable one day international teams of that era, boasting of high winning percentages in limited overs cricket. While the one-time all-conquering West Indies was losing their sheen, Sri Lanka shed their underdog tag and emerged as a potent force after winning the 1996 World Cup. Meanwhile sub-continent giants India and Pakistan retained their status as potent ODI teams on home soil. However, if there was a team which was consistently a formidable challenger to the big guns, it had to be New Zealand.

New Zealand was known to bring their best cricket to the fore at major ICC tournaments, boasting of a very impressive record of reaching the knockout stages of three successive World Cups held in the 90s. As joint hosts and pre-tournament favourites, the Kiwis made it to the semi-final of the 1992 World Cup only bowing out to Inzamam Ul Haq’s brilliance in the semis. They earned a berth in the quarters of the 1996 World Cup and once again made it to the last four of the 1999 World Cup losing to eventual finalists Pakistan. New Zealand along with South African were among the first ODI sides which underlined the significance of all-rounders, who lent depth and balance to their sides.

In the early part of the 90s, the All Blacks were a potent one day team with a bunch of world class players in Martin Crowe, Ken Rutherford, Mark Greatbatch, Lee Germon, Dion Nash and Danny Morrison. They always gave a stiff fight to their much more fancied rivals Australians in the highly billed ‘Trans-Tasman’ rivalry.

In the 90s, while India boasted of ‘Master Blaster’ Sachin, the West Indies had the enigmatic batting genius Brian Lara, Australia had the classy and elegant Mark Waugh and Pakistan had the immensely talented Inzamam Ul Haq in their ranks, New Zealand always believed in the ethos of collective team effort rather than individual brilliance. However, they had utility cricketers in each role who performed their job to perfection.

With the willow, New Zealand’s answer came in the form of Nathan Astle. The dashing right handed opener was hailed as a free flowing strokemaker, who was equipped with a wide array of shots. A strong cutter, Astle was known to take the attack to the opposition and help the Kiwis get away to some breezy starts. Astle came to be known as the century man for Kiwis, earning a reputation for scoring some big hundreds. Astle never quite had a settled opening partner on the other hand, but the ones who made somewhat of an impact were Craig Spearman and Matthew Horne.

For most of the 90s, the Kiwis were led by captain courageous Stephen Fleming. Fleming was one of the most resilient characters, whose natural leadership qualities rubbed off on the entire team .The tall and lanky southpaw led from the front and by example with his bat doing most of the taking. The left-handed batsman  anchored the Kiwis middle order for most part of the 90s along with Craig McMillan, Roger Twose and Chris Cairns.

There was a Maori flavour in the All Blacks unit with their ever dependable batsman Roger Twose , who was a rock in their middle order. The ever consistent Twose was their batting work horse who rarely failed and excelled in his role of holding the innings together.  The stocky built Craig McMillan, a fighter of a character, overcame diabetics to emerge as an attacking middle order batsman and very useful medium pace bowler.

However, New Zealand’s greatest strength lay in the all-rounders who were equally adept with the willow and red cherry. New Zealand produced two of the best in Chris Cairns and Chris Harris. While the big and burly Cairns was known for his big six hitting and medium pace , Harris was a run grafter down the order and a master of deception  with his Dibley Dobbly medium pace.  Besides Cairns and Harris, they had Nathan Astle, Craig McMillan and Gavin Larsen who excelled in their role as bits and pieces cricketers. The Kiwis had a reliable and dependable wicketkeeper batsman in Adam Parore who chipped in with runs down the order and was pretty tide behind the stumps

Pace came very naturally to the Kiwis as their seamers who were born and bred on the green tracks at home, mastering the tricks of the trade on seam and swing friendly decks. While Danny Morrison was a master of deception with his uncanny change of pace, Geoff Allot set the world on fire with his rich haul of wickets at the 1999 ICC World Cup. But their most lethal seamer emerged at the turn of the millennium with Shane Bond who was an outright strike weapon with his tearaway pace and prodigious swing. One cannot take away anything from the contributions made by Chris Pringle, Simon Doul, Willy Watson, Dion Nash and Shayne O’ Connors who bent their back relentlessly to pick up wickets for the Kiwis. There was no stingier bowler than Gavin Larsen who chocked the batsman with his deadly accurate medium pace.

New Zealand who relied heavily on their pace attack, never quite had spin as their forte. At the beginning of the decade they had Deepak Patel who took the world by surprise by opening the bowling at the 1992 World Cup. Then came along Shane Thompson and Paul Wiseman, who made the cut but were never quite exceptional.  However they got a world class spinner in the form of Daniel Vettori, who was one of the finest exponents of his craft. Vettori, who was not a big turner of the ball, cast a web around batsmen with his flight and natural drift. He was impeccable with his line and became a run choker for the opposition in white ball cricket.

The New Zealand ODI team of the 90s was indeed a very competitive and resilient cricket unit which gave the top teams a real run for their money. The side could be taken as an ideal case study that if there is a strong sense of camaraderie between team mates and you are well lead by a dynamic leader, a team can scale great heights and reach the very pinnacle of the sport. 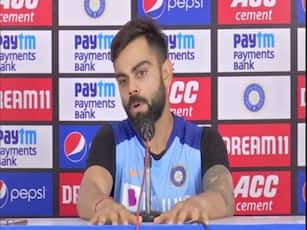 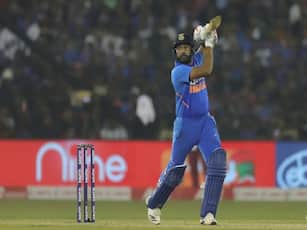 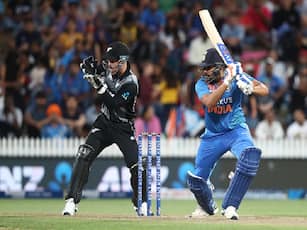