The firebrand cricket played by the Maroon Brigade on field was generally played in the true spirit of the Gentleman's Game. The star studded team gave it their 100 percent on the field but off it, you could not find a gentler bunch of gentlemen.

Cricket which was once played within the realms of the Commonwealth Nations has widened its expanse to all parts of the World. The Gentleman's Game which was invented by the English was introduced by them in the colonies ruled by the British Empire.

From the beaches in the Caribbean to the Indian subcontinent to the Land Down Under, the game played between 22 yards on the green turf has become global in its appeal with newer and fast paced formats.

Every Test playing nation has its own distinct style of playing the game. While the English were known to play their cricket in the most purist and correct form, the Australians imbibed a far more aggressive style of playing the sport and taking  the battle right to the opposition.

The Asian power houses in India and Pakistan were known to have a certain flair and grace about how their wristy stroke-makers portrayed a touch of elegance. Last but not the least are the West Indies, who bring that element of fun along with panache in their entertaining brand of cricket.

It is something to do with full filed atmosphere of the Caribbean Islands which has got soaked into their cricket. From their glory days of the mid 70s and the 80s, when they were hailed as the Kings of Cricket, West Indies were loved by one and all for not only their supremacy but the

The all conquering West Indian teams led by Clive Lloyd and Vivian Richards had an aura about the way they went about their business. From Haynes to Greenidge, the batting lineup could flay the best of attacks at will but certainly had the swagger to do it the 'Calypso Way'.

The fearsome foursome pace battery of Holding, Garner, Roberts and Marshall tormented and ran through the best of bowling lineups but they hardly slurred or abused while producing routine like devastating spells.

The firebrand cricket played by the Maroon Brigade on field was generally played in the true spirit of the Gentleman's Game. The star studded team gave it their 100 percent on the field but off it, you could not find a gentler bunch of gentlemen.

The cricketing stalwarts from the Caribbean looked like hulks at the peaks of their prowess and their deeds were like Titans but their hearts were off pure gold.

It has been generally witnessed the success generally breeds in a sense of pride and arrogance, but the Windies were a different kettle of fish. There was a sense of humility and respect for the opponent in every win of theirs.

This human-like legacy passed onto the subsequent generations and the likes of Richardon, Carl Hooper, Brian Lara, Curtly Ambrose and Courtney Walsh went about excelling at their trait and becoming masters at their discipline.All to the very zenith of sport came with a sense of calmness and refined aggression.

After the Windies fell from their glorious heights, the Australians emerged as the next Super Power of World Cricket. The Aussies also dominated the sport for an extended spell of time but the respect and admiration drawn by the 'Mighty Windies' team was a notch above the Baggy Greens.

Windies who are well past their glory days in the longer format are now known to be a power-packed side in the T20 format of the game. The mercurial team which produced flashes of brilliance has proved to be a giant killer when they

The Flag Bearer of this Windies generation has been Chris Gayle who has undoubtedly been the 'Universal Boss' of T20 cricket. The Jamaican rules over the record books with a plethora of milestones but what makes the belligerent power-hitter a true global ambassador is his uncanny knack of entertaining fans and admirers off the field.

The same holds true with Dwayne Bravo who has become a rock star of sorts with his patent 'Champions Dance' move for the Maroon Brigade and T20 franchises all over the world.

Love them or hate them, you cant ignore them!!!! West Indies cricket plays a distinct brand of cricket which gets the entire cricketing fraternity hooked onto the television sets. They were, are and will be truly the gentle giants of world cricket. 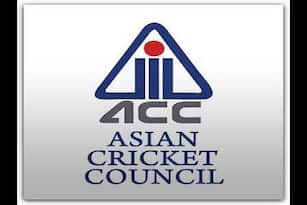